At the end of September I attended W3C TPAC 2016 in Lisbon together with my igalian fellows Joanie and Juanjo. TPAC is where all the people working on the different W3C groups meet for a week to discuss tons of topics around the Web. It was my first time on a W3C event so I had the chance to meet there a lot of amazing people, that I’ve been following on the internet for a long time.

Like past year Igalia was present in the conference, and we had a nice exhibitor booth just in front the registration desk. Most of the time my colleague Juanjo was there explaining Igalia and the work we do to the people that came to the booth. 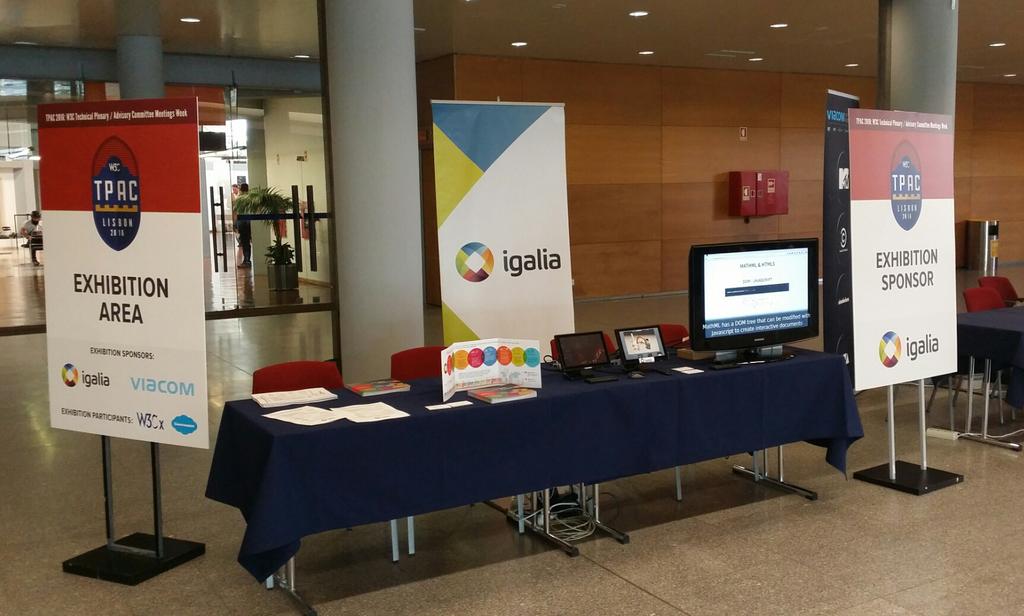 In the booth we were showcasing some videos of the last standards implementations we’ve been doing upstream (like CSS Grid Layout, WebRTC, MathML, etc.). In addition, we were also showing a few demos of our WebKit port called WPE, which has been optimized to run on low-end devices like the Raspberry Pi.

It’s really great to have the chance to explain the work we do around browsers, and check that there are quite a lot of people interested on that. On this regard, Igalia is a particular consultancy that can help companies to develop standards upstream, contributing to both the implementations and the specification evolution and discussions inside the different standard bodies. Of course, don’t hesitate to contact us if you think we can help you to achieve similar goals on this field.

During TPAC I was attending the CSS WG meetings as an observer. It’s been really nice to check that a lot of people there appreciate the work we do around CSS Grid Layout, as part of our collaboration with Bloomberg. Not only the implementation effort we’re leading on Blink and WebKit, but also the contributions we make to the spec itself.

There were not a lot of discussion about Grid Layout during the meetings, just a few issues that I’ll explain later. However, Jen Simmons did a very cool presentation with a proposal for a new regions specification.

As you probably remember one of the main concerns regarding CSS Regions spec is the need of dummy divs, that are used to flow the text into them. Jen was suggesting that we could use CSS Grids to solve that. Grids create boxes from CSS where you place elements from the DOM, the idea would be that if you can reference those boxes from CSS then the contents could flow there without the need of dummy nodes. This was linked with some other new ideas to improve CSS Grid Layout:

All this is already possible nowadays using dummy div elements (of course if you use a browser with regions and grid support like Safari Technology Preview). However, the idea would be to be able to achieve the same thing without any empty item, directly referring them from CSS.

This of course needs further discussion and won’t be part of the level 1 of CSS Grid Layout spec, but it’d be really nice to get some of those things included in the future versions. I was discussing with Jen and some of them (like skipping cells for auto-placement) shouldn’t be hard to implement. Last, this reminded me about a discussion we had two years ago at the Web Engines Hackfest 2014 with Mihnea Ovidenie.

After the meetings I had the chance to discuss hand by hand some issues with fantasai (one of the Grid Layout spec editors).

One of the topics was discussed during the CSS WG meeting, it was related to how to handle percentages inside Grid Layout when they need to be resolved in an intrinsic size situation. The question here was if both percentage tracks and percentage gaps should resolve the same or differently, the group agreed that they should work exactly the same. However there is something else, as Firefox computes percentage for margins different to what’s done in the other browsers. I tried to explain all this in a detailed issue for the CSS WG, I really think we only have option to do this, but it’ll take a while until we’ve a final resolution on this.

Another issue I think we’ve still open is about the minimum size of grid items. I believe the text on the spec still needs some tweaks, but, thanks to fantasai, we managed to clarify what should be the expected behavior in the common case. However, there’re still some open questions and an ongoing discussion regarding images.

Finally, it’s worth to mention that just after TPAC, the Grid Layout spec has transitioned to Candidate Recommendation (CR), which means that it’s getting stable enough to finish the implementations and release it to the wild. Hopefully this open issues will be fixed pretty soon.

I also attended the first day of Houdini meetings, I was lucky as they started with the Layout API (the one I was more interested on). It’s clear that Google is pushing a lot for this to happen, all the new Layout NG project inside Blink seems quite related to the new Houdini APIs. It looks like a nice thing to have, but, on a first sight, it seems quite hard to get it right. Mainly due to the big complexity of the layout on the web.

On the bright side the Painting API transitioned to CR. Blink has some prototype implementations already that can be used to create cool demos. It’s really amazing to see that the Houdini effort is already starting to produce some real results.

It’s always a pleasure to visit Portugal and Lisbon, both a wonderful country and city. One of the conference afternoons I had the chance to go for a walk from the congress center to the lovely Belém Tower. It was clear I couldn’t miss the chance to go there for such a big conference, you don’t always have TPAC so close from home. 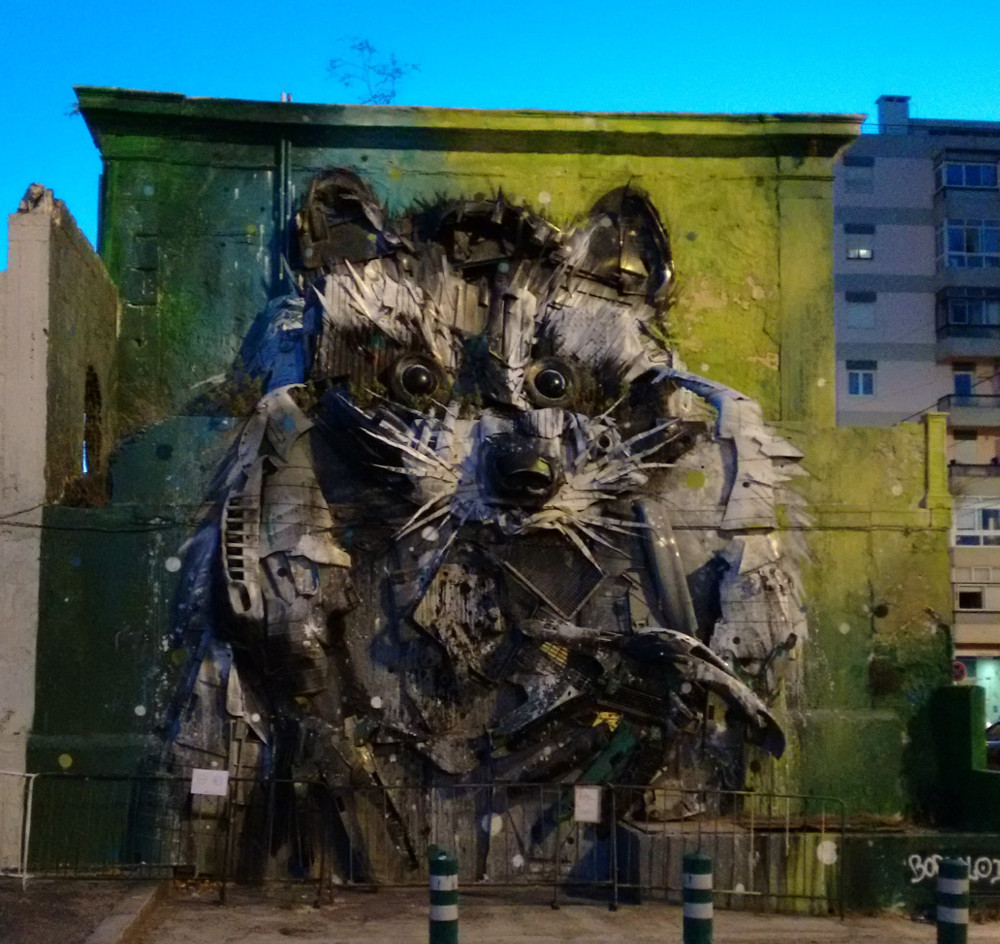 Overall it was a really nice experience, everyone was very kind and supportive about Igalia and our work on the web platform. Let’s keep working hard to push the web forward!