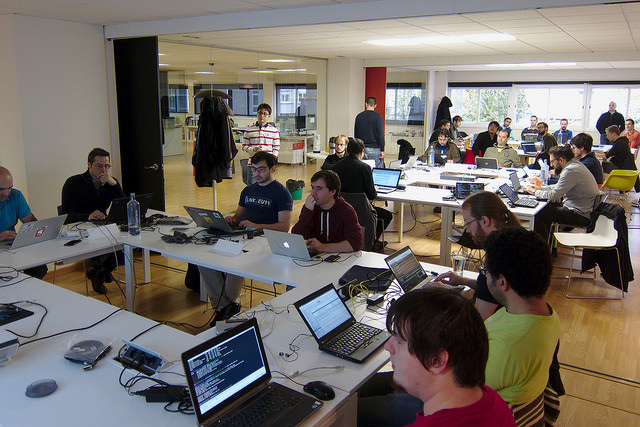 Today we’re finishing the first edition of the Web Engines Hackfest. This is like the continuation of the “WebKitGTK+ Hackfest” that has been organized by Igalia since 2009.

Checking some numbers, we’ve been 30 people working together for 4 full-days (even nights in some cases). On top of that, there’ve been 6 nice talks and several interesting discussions around the open web platform.

As usual the hackfest started with an initial brainstorming where everybody introduced themselves and their plans for the following days. Martin Robinson led the discussion and identified the main topics, that were later debated in detail on the breakout sessions.

Despite of being an un-conference format event, this year we’ve arranged a few nice talks about different topics (you can find the slides in the hackfest wiki page): 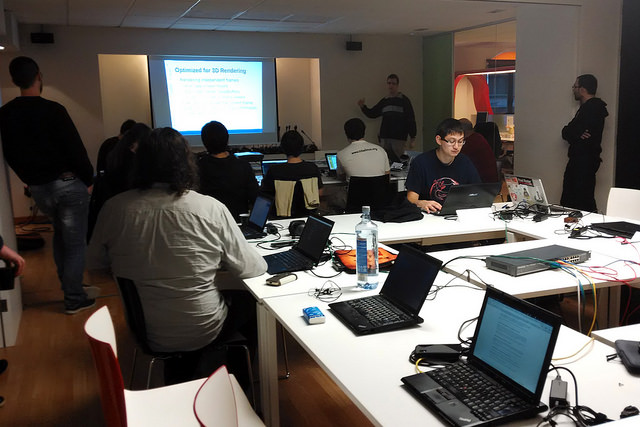 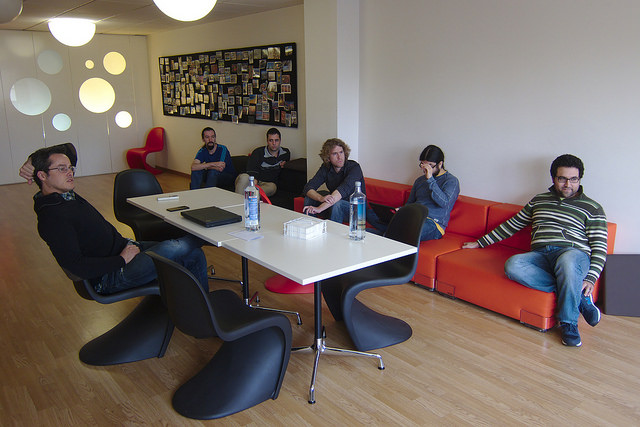 From the personal point of view, I’ve been mostly focused on CSS stuff. We’ve a nice discussing regarding the new layout models (from multi-column, flexbox and grid to regions and shapes) and how long they take to be a major feature widely used on the web.

On the one hand, I’ve been carrying on with the regular work I’m lately doing related to CSS Grid Layout. I found and fixed a crash in the absolutely positioned grid children support that landed past week. In addition I managed to get few more tests landed on the grid W3C test suite that we’re starting to create (thanks to Gérard Talbot for the reviews). 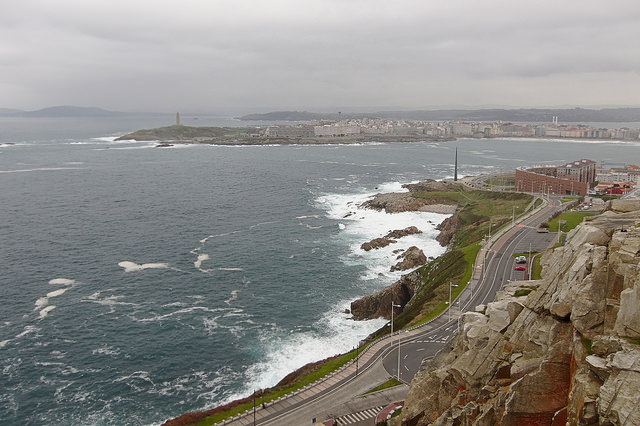 A Coruña from San Pedro (picture by Adrián Pérez)

On the other hand, I’ve been talking with Mihnea Ovidenie about CSS Regions and how CSS Grid Layout could help to avoid the criticism regarding empty HTML elements required to create regions.
Grid allows you to divide the webpage in areas directly from CSS, each area is not associated with an HTML element (a DOM node). So if regions are defined using those areas, it won’t be needed to create empty elements on the DOM tree.
Basically, this seems to match with what is defined in the CSS Pagination Templates module that is being drafted by Alan Stearns.

Finally I’d like to thanks to all the people attending (this event wouldn’t be possible without all of you). We hope you enjoined the hackfest and also your stay in A Coruña. See you next year!

Also big thanks the sponsors Adobe, Collabora and Igalia for making possible such a great event.