Yesterday, we arranged the first LibrePlan hackfest at Igalia headquarters in A Coruña. 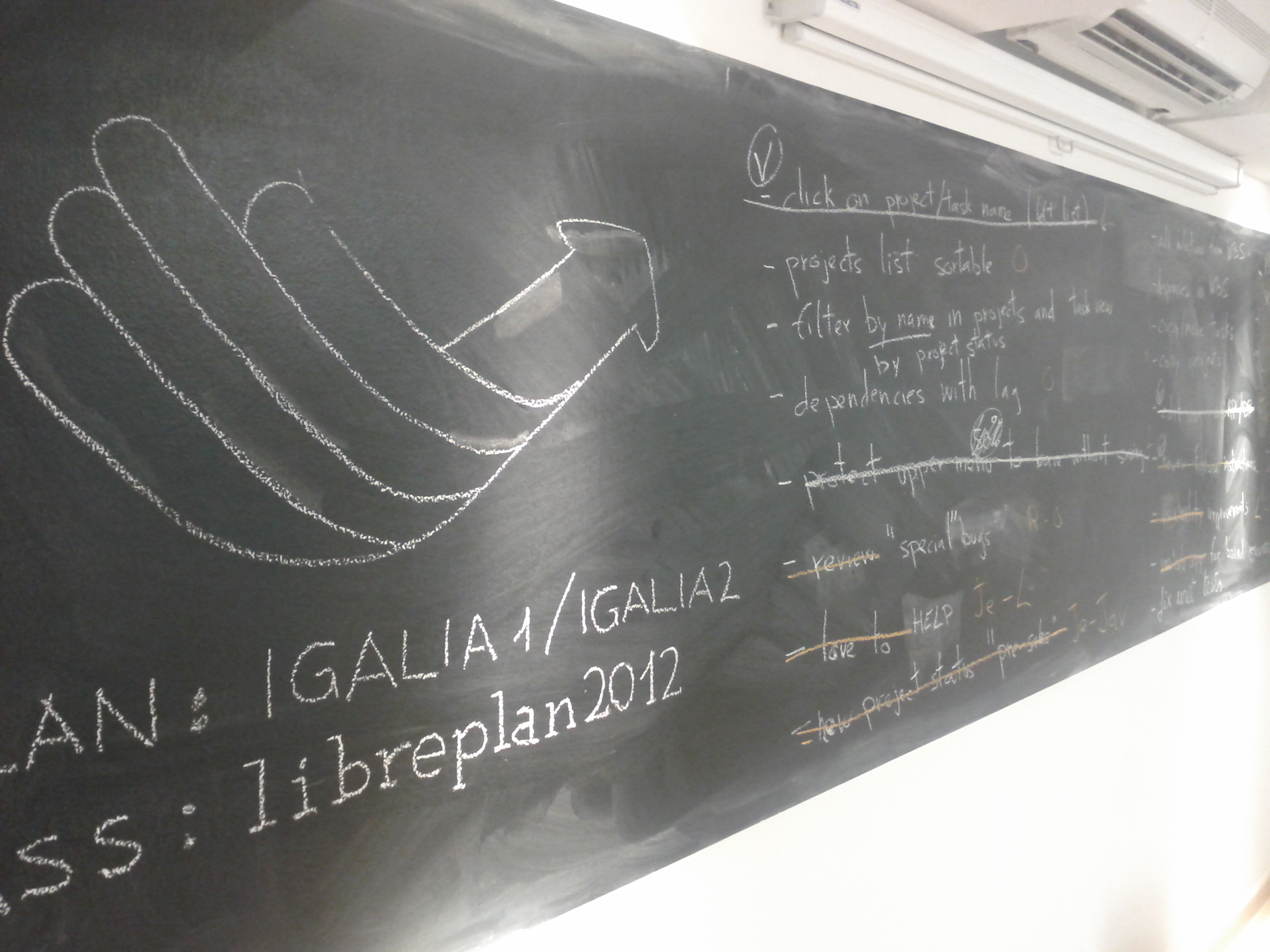 Blackboard with the brainstorming of LibrePlan hackfest

First of all, we started with a brainstorming where each of us provided his own ideas about how to improve the project. We ended up with a plan for the day defined by a quite big list of topics:

And as you can read below the outcome was pretty good. 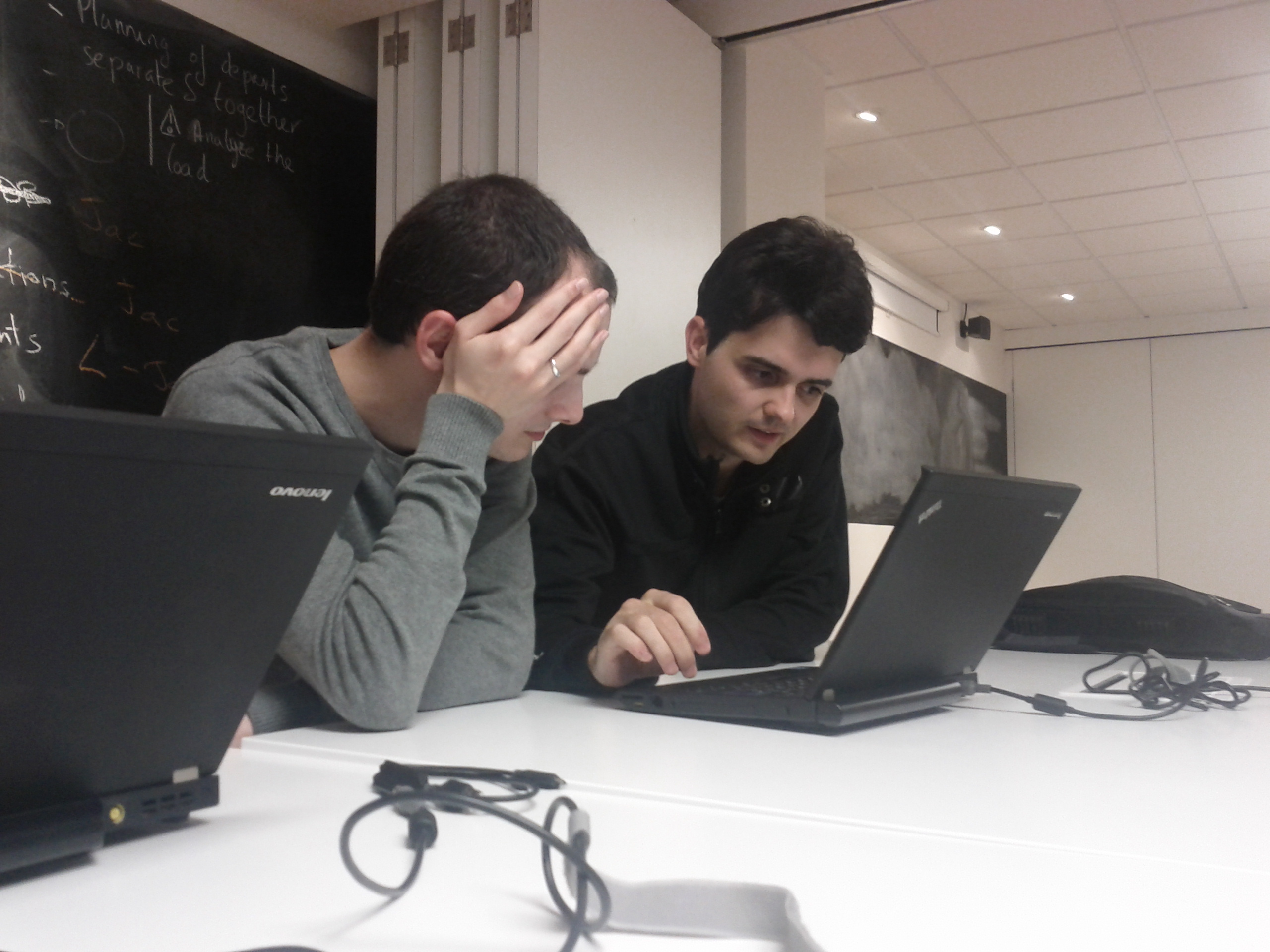 Jacobo and Óscar at LibrePlan hackfest

Jacobo was the first one finishing a task, he updates Fedora hacking instructions and also fix some issues preventing to compile LibrePlan with OpenJDK 7.

Javi and Jeroen were talking about different issues around LibrePlan, from the new LibrePlan customization for the audiovisual sector, to the last events where we’ve had some talks about LibrePlan (like Libre Software World Conference and T-Dose). They also discussed about the community, the future of the project and many other things.

Óscar and me started to review some bugs that have some special complexity and discussed the possible solutions. Óscar worked out a patch for bug #1413 and we also took a look to #1320, #1265 and #1553.

Loren began with the protect upper menu task, in order to prevent users to lose changes when they forget to use the save button. We really think that our users will appreciate this as you won’t have to worry about it anymore as Loren and Óscar finally managed to fix it. :-D 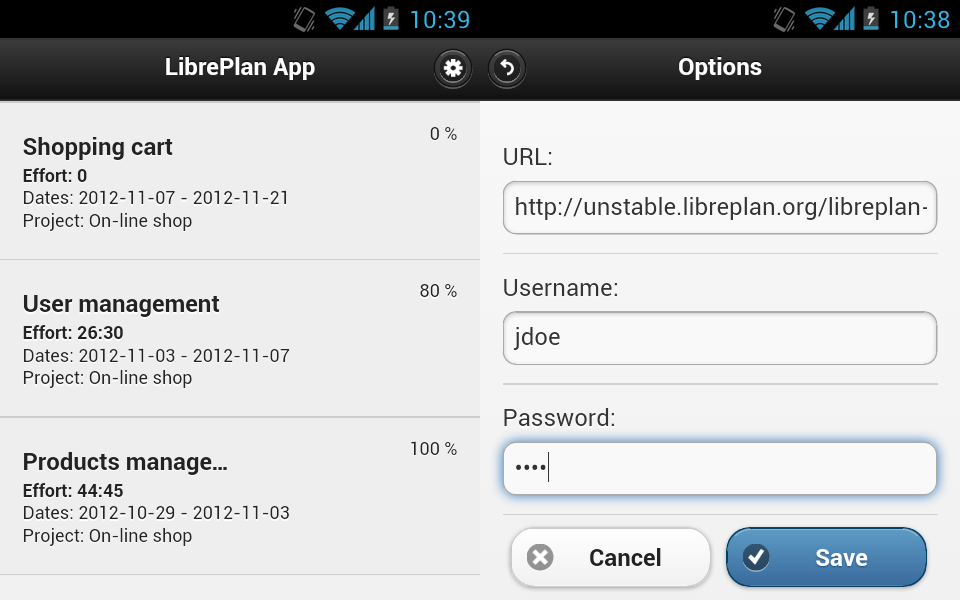 During the afternoon, after a nice lunch, we carried on with the hackfest.

I kept working in a small mobile application for bound users. The purpose of the app is to allow bound users query their assigned and report worked hours via the personal timesheets. The first part is almost ready and you can already see the list of assigned tasks to a bound resource in your phone.

Jeroen was working a little bit in the help in order to give it a new refreshing look.

Jacobo also did the task regarding to edit if a user is a LDAP or database user. And at the end of the day he was working in some usability improvements regarding how to set properly the focus while working in the WBS.

Loren began an approach to include the right-click on the project/task name avoiding the need to use the box in the Gantt to enter a project or allocate a task. 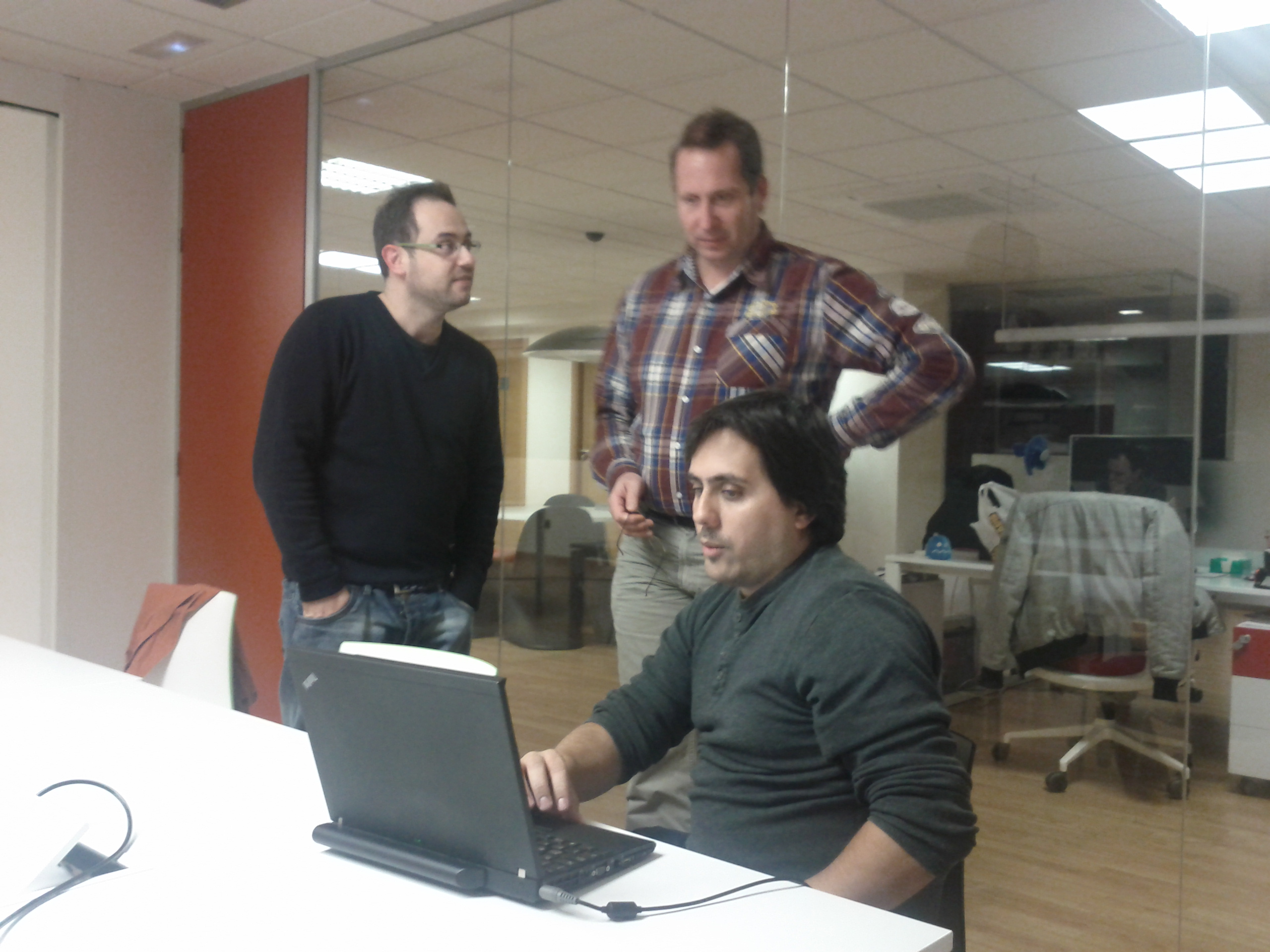 Javi was working in his patches to show the load of the resources to be assigned in the allocation pop-up. He also discussed some stuff with Óscar in order to improve the current implementation.

Jeroen, Loren and me were debating the possible project status in LibrePlan. Finally we included two new status “pre-sales” and “on hold” and also renamed the one related with subcontracted projects to “outsourced”. So the final list of project status is: pre-sales, offered, outsourced, accepted, started, on hold, finished, canceled and stored.

Finally, I’d like to specially thank Jeroen and Óscar for coming to the hackfest and contributing with their ideas and experience. And also to Igalia for sponsoring it. On the other hand, it was a pity that some people couldn’t attend in the last minute.

It was a really nice day, and we hope to repeat this experience in the future, you’ll enjoy the result of this day in the next LibrePlan versions! 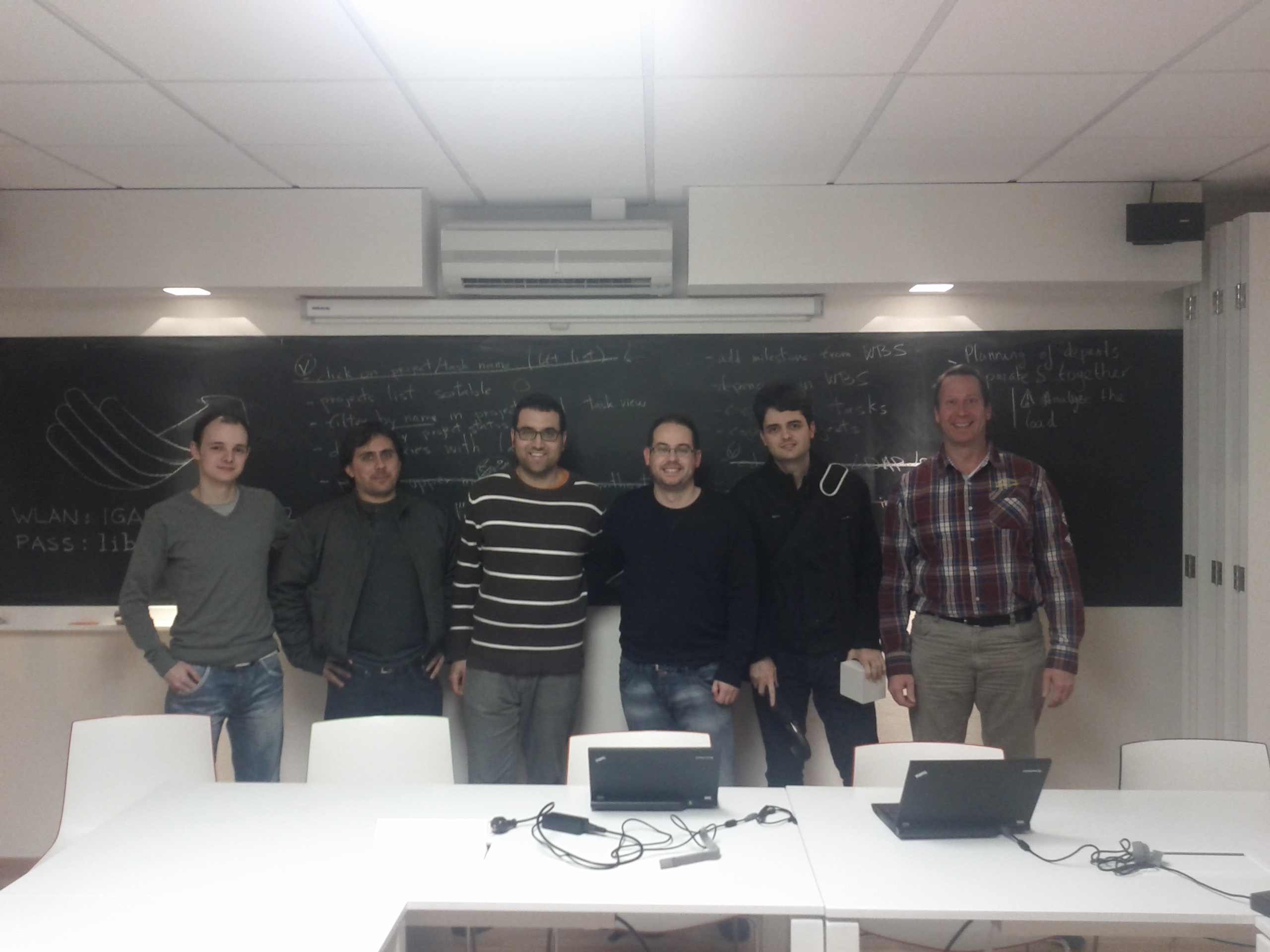